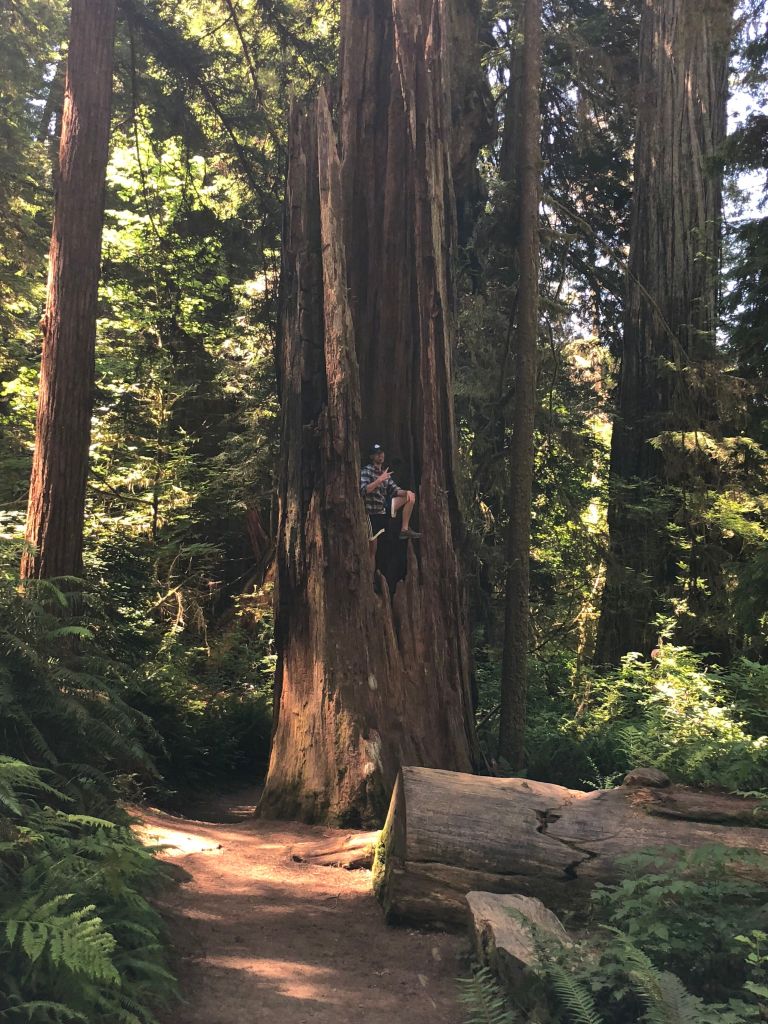 When I set out on my cross-country road trip I had a vague idea that I wanted to see as many national parks as possible, but by the end of the summer, I had turned into a park collector. Had I been even more strategic from the start I may have aimed to get to a few more; Canyonlands was on my list but some car trouble in Arches (the 110-degree heat affected more than me) derailed that plan. But in the end, I made it to eight parks. Here are the highlights from each.

I hold Arches in such high regard and have such awe for this place. There is a much longer story to my trip here involving both a car and a camera broken by the intense heat. It was 111 degrees when I arrived in the park. The heat was unlike anything I had ever experienced. Unlike the humid oppressiveness of East Coast and Midwest heat that I’m used to, the heat of the high Utah desert made me feel like I was both floating and simultaneously like I had tremendous pressure on my skin from all directions. There is no option but to move slowly and I found myself in a trancelike state while hiking in Arches. The heat had also driven away all but the most enthusiasistic park-goers, which meant that at times there was no one in sight, despite parts of the park being so flat you can see for miles. One arch that required a 20-minute walk to reach was abandoned when I arrived and stayed so over the course of the 45 minutes I spent laying under it. Later in the evening I found a remarkable spot to sit back and watch the sunset slowly over the course of a couple hours. Despite the extreme condition, I will forever associate the intense, full-body experience of the heat of the sun with Arches.

To be honest, I didn’t have high hopes for South Dakota. Is that an obvious thing to say? Badlands does not seem to have the associations of grandeur in the imagination as more well-known parks. This is a shame. I was blown away by the beauty of this park. Standing on the edge of the prairie and seeing grassland and then turning around and seeing that you’re really standing on the edge of earth as the prairie falls away under you and centuries of earth are exposed to the eye. I fell in love with the vistas over the park, but the most exhilarating part of my time here included walking on the trails through the park and feeling the late afternoon isolation of the nature around me. There are parts of this park that could just as easily be on the moon. 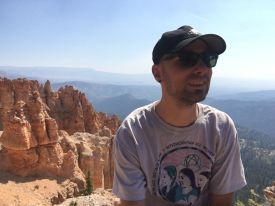 Despite the fact that Bryce Canyon is only an hour’s drive from Zion, it feels remarkably isolated. None of the crowds of Zion were present in Bryce, and while the scenic overlooks and shorter hikes had a steady flow of people, the vibe was quiet and peaceful. There were moments in Bryce Canyon when I truly felt completely alone. Bryce can be viewed from its rim, which is easily accessible by road, or by hiking down into the canyon itself. I hadn’t budgeted the time to do any hiking, but I can see how appealing it might be given that the shadows from the hoodoos and canyon walls offer relief from the Southern Utah heat. 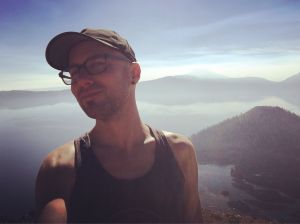 I fell in love with Crater Lake the first time I visited years ago and return trips only serve as reminders of how perfect this place is. It is located only an hour from my brother’s home so it’s an easy trek when I’m visiting. Sitting on the rim of the caldera in nearly any location throughout the park is an awesome experience. You are granted with unbelievable views and because of the sheer size of the crater, it’s rare that other visitors are obscuring your view. Even when the park is busy, you can find yourself looking across miles of space without another person in sight. One of my favorite activities in the park is jumping off rocks into the lake. On a clear day, the blue sky reflected off of the totally clear surface of the water creates an illusion that tricks your mind into believing there is no water at all. The surface of the lake always comes as a surprise as you plunge into the seemingly endless depth of this lake. 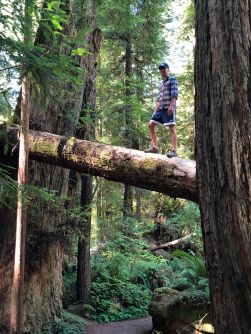 I seemed to remember crowds in Redwoods and was bracing myself for tourists, but I think I was mistaken. Despite its majesty and relative proximity to the Bay Area and other smaller population centers on the West Coast, I don’t think this park gets a crush of traffic. Not that I’m complaining. Redwoods National Park is adjacent to Redwoods State Park, and despite being next to one another actually do have a different feel from one another. If anything, I found that the State Park is more diverse topographically and has some of the more impressive roadside turnouts. That said, I enjoyed the longer day hike I did in the Tall Trees Grove, which is in the National Park, which featured a relatively accessible hike down into a gorge and involved some wading along a river. I can’t recommend highly enough the experience of walking in old growth forest.

Another highlight of this trip was hiking Fern Canyon in the State Park. Last time I was here, we had opted not to drive to Fern Canyon (despite the allure of it being a film location for Jurassic Park) because of warning signs about road condition. The truth was that I had to drive through a river that crossed the road, but it was not too deep that my Subaru couldn’t make it. And it was so worth the treacherous road. Fern Canyon takes its names from the ferns and other flora that hang off its walls. It is intensely lush. The trail is well worn, but there weren’t too many people here (I saw that some had been deterred by the river across the road). A relatively small and shallow creek flows through the canyon, but it has almost a rainforest feel to it since it is near the coast and gets regular soakings from the clouds coming off the Pacific. 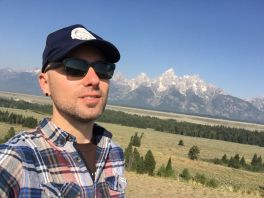 Every time I experience the Tetons it’s always from US-89. Viewing a spectacular mountain range from the comfort of your car and some scenic pullouts may not seem terribly thrilling, but the Tetons is an exception to this rule. The long grassy plain dotted with lakes and pockets of trees that sits in the valley adjacent to the Tetons provides ample opportunities and angles to take in these mountains.

This was my second visit to Yellowstone and while I went in expecting to be overwhelmed by the crowds of people, I was pleasantly surprised by a few experiences that made up for the lack of solitude. The first was seeing Grand Prismatic Spring. The last time I was in Yellowstone it didn’t work out to visit. It truly is the crown jewel of the park. Perhaps it was the light at the moment in the day I was there, but the reflection and colors of the spring were otherworldly.

The other amazing experience was my encounter with a bison. Although this is common in the park, and not the first time I had been close to one of these incredible creatures, the story this particular individual told as he kept crossing my path was remarkable. I caught most of it on video, for which I’m grateful that I can preserve this experience in my memory as it happened.

One thing I have learned to do is figure out the national park hacks by asking a few strategic questions to park rangers based on what I want to get out of the park. This was an especially useful approach in a boutique park like Zion. I imagine that most people who visit Zion have an experience more akin to visiting Disney World than one that is truly natural. I most appreciate parks when I feel like I’m able to interact with the surroundings without an excessive amount of tourists. That said, I also rarely do the deep woods, backcountry camping excursions that might lend themselves to the isolation I desire.

In Zion, we asked two questions at the visitor center that paid off significantly.